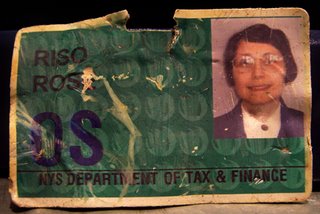 5 years have passed since the day that Rose Mary Riso died while at work in New York´s twin towers. I have read a lot about her, she was a very warm hearted and generous person who put other people´s safety before her own on this day, saving 39 lives before losing her own.
I remember turning on the TV to watch the news on CNN 5 years ago and sitting down in shock from what I was witnessing on live television. I remember thinking "this may be the end of the world as we know it" and it was. Since then war, terror and loss of lives have become regulars on the daily news and there´s no sign of it stopping. I often feel a frustration that comes from not being able to do anything to stop what is so obviously wrong in the world. I hear many voices that are against war and sending young men to fight battles for the cowardly heads of state or terrorist leaders but the killing goes on. Today I ask you all to do what you can to influence your own little world by being kind, compassionate and tolerant towards each other in rememberance of all those who died on the 11th of September, 2001. 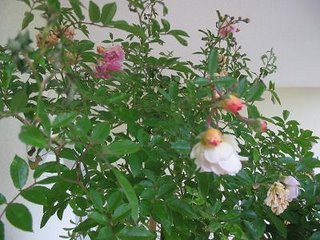 Today my children and I will plant this rose bush in our garden in rememberance of Rose Mary Riso.

Read about other victims of 9/11 here.

What a touching and beautiful thing to do - both the tribute and the rose bush. You have really made me think about what it means to contribute in the face of destruction. Thank you.

Bravo! What a wonderful tribute to an incredible woman.

Thank you for remembering... and for sharing. This is a wonderful tribute.

That is really beautiful Claudia.